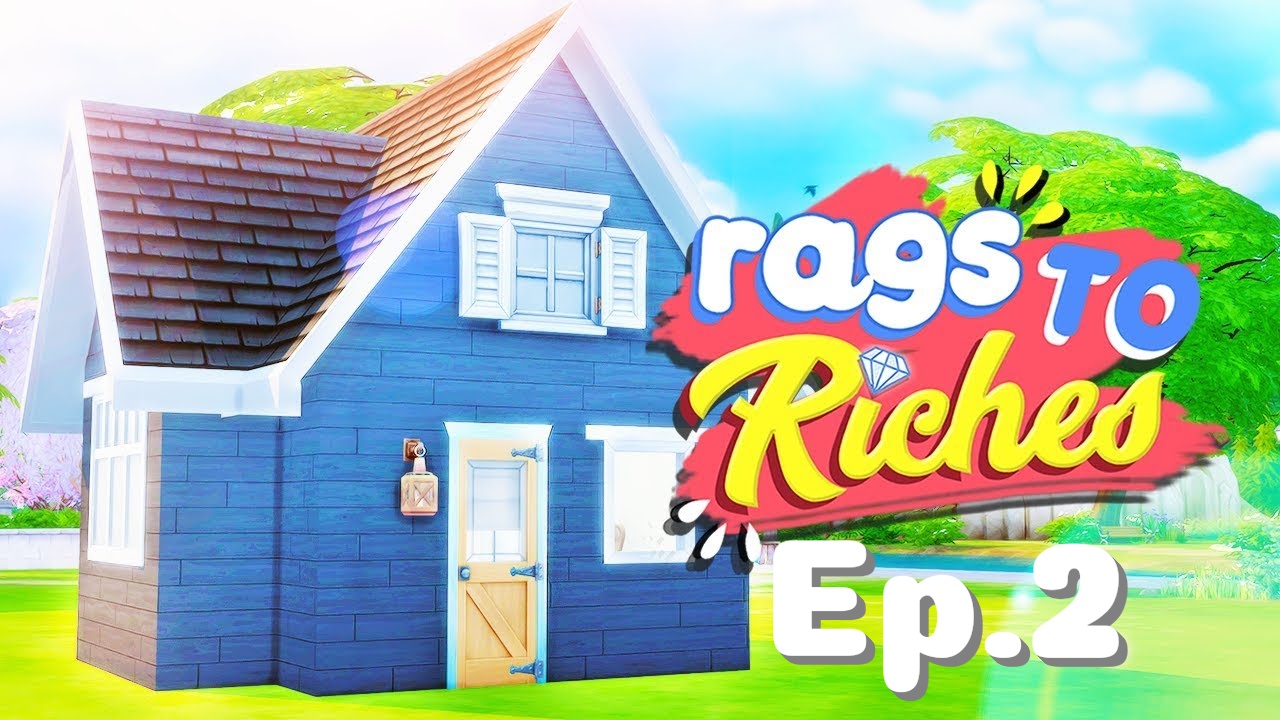 Welcome back to another episode of Rags to Riches! This is the second part of the third generation and we can not forget about Leah, she has aged up into a teen and is very pretty. Also, we have already met London and her boyfriend, Max. They having been living together for a while and they had to move university housing to something more affordable. They will be coming out of college with lots of depts so that is not good. Once they moved to a couples dorm and got settled Max proposed to London and they had a lovely date afterward.

London and Max have graduated college and are celebrating with a big ceremony and cake! They are ready to start their new life together. The Redkey’s have moved into an empty lot in Britchester in the neighborhood that is not occupied by a school. Since we are doing rags to riches I have moved them out with no money to spare. They each have around 30,000 in loans to pay off and need to figure out a way to make money. I decided I would get London to get the job of a doctor because that’s what she went to school to do. London also likes to write in her spare time, so far she has written six books.

Max would also be getting a job right now if he did all of his classes but, he was short one credit so he had to take one more class. Once London’s job and hobby had made them enough money they had the wedding of their dreams, all of their family and friends were there and they had a very romantic honeymoon too. After that, Max got himself a job because he has finished college and someone has to provide for the baby. That’s right London is pregnant with their first child and is very excited, so for now, she is on family leave.

We have just received word that London’s father has died……oh wait what was that? London is going into labor. OK OK, London is at her father’s funeral and has gone into labor, we have to get her to the hospital fast! Once they arrive at the hospital London gives birth to twin girls!!! Their names are Lyric and Melody. After all of this excitement do you think the Redkeys are ready for some more? Come back next time to see where the future takes them.